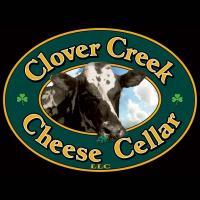 Our story began in the early 1990s. Dave, Terry, and one-year-old Anthony moved to this beautiful farm in Blair County’s Morrison’s Cove Valley. Returning from some time in Honduras, Dave had a dream to manage his own dairy farm, just like his father. When they bought this farm, they named it Ojala Farm. Ojala is a Spanish word that means “may God grant you the desires of your heart.” A few years later, around the time the birth of Yolanda, their oldest daughter, Dave and Terry decided to make some changes. They converted the farm from a conventional feeding system to a grazing farm. Their passion for good life and health was something they wanted that for their cows as well. A grazing system allows them to work symbiotically with the cows and the land. The farm allows both people and animals to enjoy the outdoors: whether green grass and sunshine, or rain and mud.

Dave and Terry knew that grass-fed and pasture-raised cows give a higher-quality and better-tasting milk. However, the co-op that purchased their milk did not pay more for grass-fed milk. As their family grew to include Jesse, Austin, and Vannika, they knew they needed a better price for the milk for their family farm to survive. Dave and Terry began attending classes around milk processing — making yogurt and cheese. They also applied to the Pennsylvania Department of Agriculture to get a license for selling raw milk.

Making yogurt held their interest, but yogurt had a short shelf life, and they would have to transport it several hours to find the ideal market. Dave and Terry decided to focus on cheese. Hard cheeses can be stored for years and only improve with age. Cheese also transports more easily. They began to visit cheese makers throughout Pennsylvania and the surrounding states. As they spoke with cheese makers, they heard one thing over and over. As complicated as it may seem, making cheese is not the most difficult part of processing your own milk. Developing a market and selling all the cheese they made proved far harder than the cheesemaking process, according to the cheese makers.

On their travels, Dave and Terry visited Whispering Brook Cheese Haus, run by Ed Brechbill and his family. They appreciated the family aspect of the Brechbill’s business and the cheeses that Ed made. In 2005, Dave and Terry decided to try out the cheese selling business. The Rice family formed Clover Creek Cheese Cellar, named after the creek that flows through the pastures on the farm. They shipped a small tanker truck of Ojala Farm’s milk to Ed Brechbill, who processed the milk into cheese for them. Then, Dave, Terry, and their children began attending farmers markets and festivals to sell the cheese.

Ed made several batches of cheese for them throughout 2005 and 2006. As the Rices began to find that there was a market for their farmstead cheese, they decided that it would be worthy of the investment to build their own cheese creamery. In the early months of 2007, they tore out the old head-lock flat parlor underneath the hay barn. Pouring new concrete and putting up walls, they converted the area into a space for making and aging cheese. They also purchased an old milk tank from a local retired farmer to use as a cheese vat. At the end of May 2007, they made their first batch of cheese.

In the decade since, the Rices have continued to raise their herd of Milking Shorthorns, Jerseys, Ayrshires, and crossbred cows on pasture. They bottle some of their grass-fed raw milk to sell on the farm and in several stores and farmers markets throughout Pennsylvania. They turn the rest of their milk into farmstead artisan cheeses. As the years pass, they are continually tweaking their process to make every batch of cheese better than the last so that you can taste the farm fresh flavor from the greener side of the fence.
Practices
In Short:
Natural waxed raw milk cheese aged over 60 days, pastured, no growth hormones, 100% grass fed cows.

The Story:
Artisan farmstead cheeses made from raw milk offer many of the same benefits as fresh raw milk because the milk is not pasteurized before being made into cheese. The cheese is then aged at least 60 days to maximize the levels of acid and beneficial bacteria. Most cheese available in the U.S. is made from lower quality and left-over milk, but cheese from Clover Creek Cheese Cellar is always made from the same fresh, high quality milk you can buy at our farm. The quality and freshness of the ingredients, as well as the small batch size, 60 day aging process and non-pasteurization makes our cheese exceptionally creamy, flavorful, healthy, and unique.

Our cheese is not another push button cheese. We fill each vat slowly, using a stainless steel pipeline direct from the milking area as we milk our cows. Cultures are then carefully added and the milk is gently stirred by hand, not beaten by stainless steel paddles. After the right amount of time, we add rennet after the age-old tradition of making great farmstead cheese. After coagulation, the curds are quickly cut, allowed to rest and heal, and then gently stirred by hand. The curds are eventually packed into molds and pressed by hanging weights for the allotted time. Cheeses are then aged in one of our climate-controlled cellars, on locally grown wood shelving. Instead of suffocating them in plastic, they grow a natural rind that gives additional character and flavor to the cheese. We monitor the rind and mold growth, scrubbing rinds as needed. We wash some of our cheeses with different solutions to enhance the flavor. Each cheese is hand turned to make sure even development of flavor throughout the wheel. At just the right time, we cut up the cheese, vacuum-pack them, and sell them to discriminating customers. Welcome to the taste and quality of true farmstead artisan cheese! We hope you enjoy our cheese as much as we enjoy making it!